In 2009, S.U.C.C.E.S.S partnered with Vancouver Community College and YWCA to deliver services to vulnerable youth.  During that time, only 2 youth workers were hired to serve more than 120 youth per year.  In 2012, S.U.C.C.E.S.S. took the lead to continue services for vulnerable families through the BC government Ministry of Jobs, Tourism and Innovation – Immigrant Integration Branch’s funding.  The program was named VIPP (Vulnerable Immigrant Population Program).  To reduce stigma, the program was later named MAP (Moving Ahead Program).  Starting in 2014, MAP was funded by Citizenship and Immigration Canada (CIC), later named as Immigration, Refugees and Citizenship Canada.  A new era to serve highly vulnerable newcomers started in 2017 where the program then renamed as ACT (Action Commitment Transformation).

This page provides a glimpse of MAP’s Activities, Events and Accomplishment before it was transformed into ACT.

“Sharing Stories” worked with smaller group of highly vulnerable youth through group discussion and sharing, and each of the youth choose their own interested topic to write their story. To recognize and acknowledge the courage that each of the youth have to re-live and overcome their experience, a page called ‘OUR HEROES’ was designated for THEM.

In October 2013, S.U.C.C.E.S.S. MAP started to work with a group of youth on a project called “Sharing Stories”. All youth are encouraged to write whatever they would like to share . The purpose of this project is to provide our youth an opportunity to self-explore and regain self-confidence/self-esteem to move on with their objectives and achieve their settlement goals.

It is a pleasure and our privilege to meet each one of them in our MAP program. It takes lots of courage to be where they are now. And they are all OUR HEROES. Read their stories and you will know what COURAGE means.

Newcomers celebrate their Christmas together to expand their social circle so as to reduce isolation, in order to enhance the process of settling in Canada. 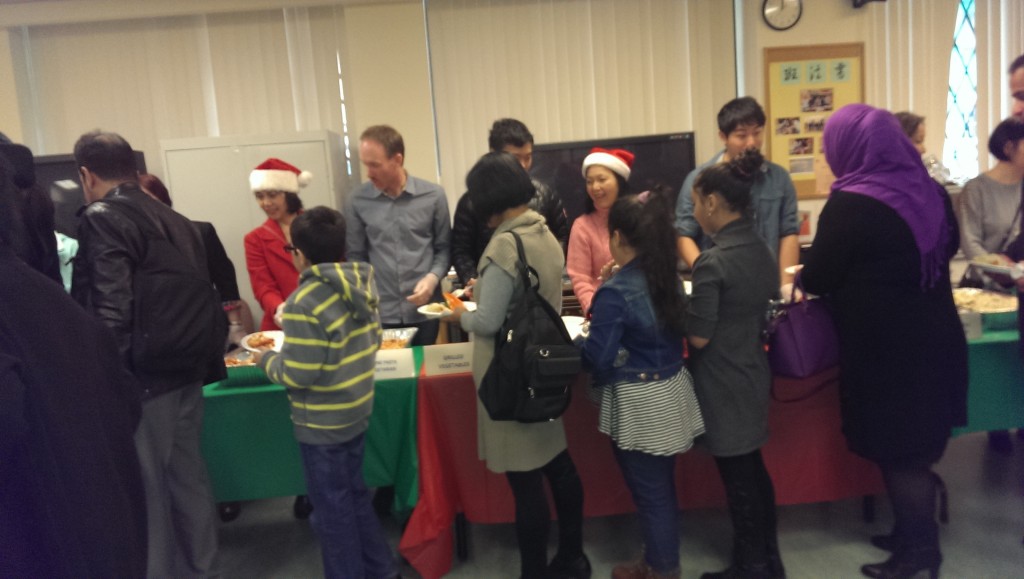 “STEP UP” started in October 2013, this is a group program that uses expressive arts (including drawing, music and dancing) with diverse culture to help youth to explore their identity, open up to give and receive help and be ready to take action in their lives to achieve their settlement goals.

S.U.C.C.E.S.S. Action Commitment Transformation Program (ACT) provides specialized services to immigrant and refugee families (adults and youth) through a case-management base, client-centred approach with a goal to support them toward a successful settlement and integration outcome.